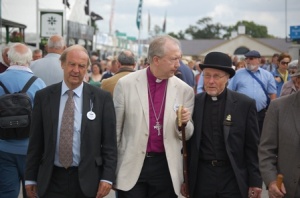 An experienced Chairman and business leader, I bring tremendous drive, energy and creativity to all my roles, with a dynamic track record in leading successful teams to improve organisational performance.  Politically astute and experienced in creating relationships at the highest levels, I’m a well respected facilitator and leader, with excellent communication and interpersonal skills. Throughout my career I have developed and maintained strong credibility as a highly effective regional, national and international leader and demonstrated my clear commitment to the public sector values of accountability, fairness, openness and transparency.

2014-Present Lay Member of the Royal College of Anaesthetists

2013-Present Board Member of Passenger Focus

2011-Present Chair of the Directors of The Wesley

Key achievements during this time include:

2004 – Present     Member of the Ethics Committee of the Department of Work and Pensions.

2000 – 2006    Chair of the Inter Faith group for the Safer Neighbourhood Scheme for the Metropolitan Police for the London Boroughs – concerned with community cohesion.

2004 – 2007        Chair of the Patient Liaison Group for the British Medical Association. This involved establishing a new group around concerns and issues of patients.

Achievements during this time include:

Achievements during this time include:

Awarded the CBE in the Birthday honours 2009